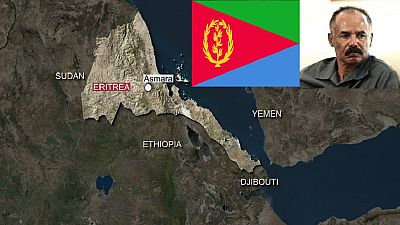 The African Union (A.U.) says its planned visit to the Eritrean capital to meet with government officials over the border tension with neighbouring Djibouti had been deferred to a later date.

‘‘At the request of the Eritrean authorities and due to a conflicting calendar, new dates will be agreed upon through consultations with the Eritrean government,’‘ a statement by the continental political bloc read.

As the 29th Summit of Heads of State in Ethiopia wound up, A.U. chief, Moussa Faki Mahamat, said he will send the body’s peace and security commissioner, Smail Chergui, to Eritrea in the wake of the border tension with Djibouti.

AFP news agency reports that Asmara refused to entertain an earlier A.U. delegation stating that they still recognized Qatar as a mediator in the border tensions that led to clashes in 2008. Eritrea has also debunked assertions that it had backed Saudi and its allies in the diplomatic crisis that has isolated Qatar in the Gulf region.

About a week ago, Djibouti’s foreign affairs minister formally requested the A.U. to deploy observers along its disputed border with Eritrea after Qatar withdrew its peace-keeping troops two weeks ago.

“The Qatari forces left on short notice without really preparing the ground. Leaving the status quo was not in the best interest of both countries,” Djiboutian Foreign Minister Mahamoud Ali Youssouf told Reuters during a summit of African Union leaders in the Ethiopian capital, Addis Ababa.

Tensions between the two countries date back to 2008 when their armies clashed in fierce fighting that claimed several lives.

It was recently renewed in the wake of the Gulf crisis which saw Saudi and allies blacklist Qatar – who had agreed to mediate in the tensions leading to the deployment of troops. Djibouti and Eritrea reportedly backed Saudi, Asmara has rejected that claim saying relations with Doha remained intact.

The area in question is the Dumeira Island and mountains. The small island lies off the coast of both countries, specifically at the southern end of the Red Sea. It is close to a vital shipping route for global trade, the Baba-el-Mandeb strait.