French President, Emmanuel Macron, says all efforts will be channeled into rescuing a French national held by an al Qaeda-linked group in Mali.

Hours after his second arrival in Mali, JNIM, an al Qaeda-affiliate, released a video showing six Western hostages abducted in the region in recent years, among them French citizen Sophie Pétronin.

The insurgents released the video ahead of a regional security summit in the West African country, at the end of the deliberations leaders of the Sahel region – Mali, Burkina Faso, Chad and Niger – along with Macron announced the launch of a force to combat terrorism in the vast region.

Romania’s foreign ministry said the Romanian man from the video, Iulian Ghergut, was kidnapped from a mine in Burkina Faso in April 2015.

France’s Foreign Ministry declined to comment while the Swiss government said it was aware of the video and called for the release of its citizen.

Islamist militant groups, some with links to al Qaeda, seized Mali’s desert north in 2012. A military intervention by former colonial power France drove them out of major cities a year later, but they continue to attack U.N. peacekeepers, Malian soldiers and civilian targets.

The violence has spilled over into neighbouring countries in West Africa’s arid Sahel region and Paris has deployed thousands of French troops to combat Islamists under a cross-border operation known as Barkhane.

Paris considers the Sahel a breeding ground for militants and traffickers who pose a threat to Europe. 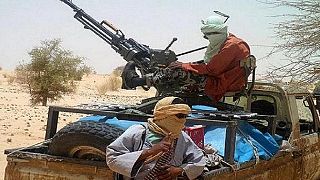 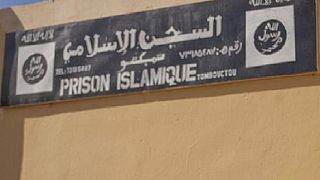 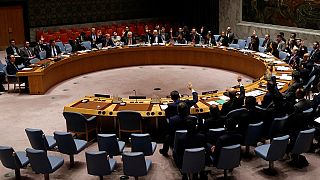