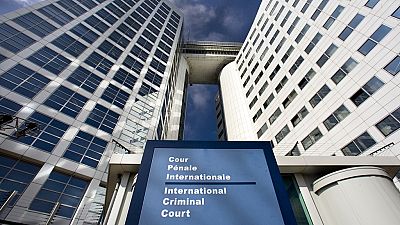 The Hague-based International Criminal Court (ICC) is 15 years old since it came into force on July 1, 2002.

It was established by a Rome Statute adopted in 1998 to prosecute international crimes, including genocide, crimes against humanity, and war crimes committed within the territory of signatories and nationals of signatory countries.

In the 15-year history of the ICC, almost all of its cases under investigation or prosecution involve Africans, as many of them were referred to the court by signatory countries.


Africa’s argument against the ICC

There was a gradual African disinterest in the court since 2009 when it issued an arrest warrant for Sudanese President Omar Al Bashir, whose country is not a signatory to the Rome Statute.

The arrest warrant was issued after a referral by the United Nations Security Council (UNSC) on charges of genocide in Darfur.

This was followed by indictments of the former Libyan President, Muammar Gaddafi, Kenyan President, Uhuru Kenyatta, and his deputy, William Ruto in 2011 for post-election ethnic violence in 2007-08, based on UNSC referrals.

The ICC dropped the charges against Kenyatta in December 2014 and against Ruto in April 2016.

The African Union unsuccessfully called on the UNSC to defer the case against Bashir as it might derail peace and reconciliation efforts in the fragile nation.

After rejection of its proposal, the AU asked African states not to cooperate with the ICC on the enforcement of the arrest warrant. This was adhered to by Kenya, Chad and South Africa.

The AU stance created a rift between South Africa and the court in June 2015 when South Africa ignored calls by the ICC and local courts to arrest Bashir who was in the country for an African Union Summit.

A South African court subsequently ruled that the government was wrong to have allowed him to leave despite the ICC arrest warrant.

Subsequent events led to South Africa’s withdrawal process in 2016, making it the second country to apply to leave the Rome Statute.

“Heads of state enjoy diplomatic immunity against arrest. But because of signing the statute, South Africa waived such immunity and was thus obliged to arrest people wanted for crimes against humanity. The problem was identified and needs to be addressed,” the South African government explained.

A South African High Court, later in 2017, ruled that the government’s move to withdraw from the International Criminal Court was unconstitutional and invalid.

The government then notified the United Nations of its decision to reverse an earlier request to pull out from the International Criminal Court (ICC) to adhere to the court’s ruling.

Burundi was the first country to begin the ICC withdrawal process last year after the court said it will initiate an investigation into violence and possible war crimes violations relating to the violence in 2015 when President Nkurunziza announced that he was seeking a third term.

The process of withdrawal from the ICC was also started by The Gambia under exiled former President Yahya Jammeh.

Jammeh’s reason for withdrawal was an alleged failure of the ICC to investigate and prosecute crimes committed by some Western countries and seeking only to prosecute Africans.

The African Union called for a mass withdrawal of member states in 2017 at an AU Summit arguing that the court unfairly singles out crimes in the continent for prosecution. The decision, which is not legally binding, was opposed by Nigeria and Senegal.

Kenya and Uganda have also threatened to quit the ICC with Zambia recently launching a nationwide consultative process on whether to leave or stay as a member of the court.

93.3% of Zambians consulted affirmed that the country should remain in the ICC.

The current chief prosecutor of the ICC is Gambian Fatou Bensouda who is the first African to hold a top post at the ICC since 2012.

She succeeded Argentinian Luis Moreno-Ocampo who was accused by the African Union of selective justice by only investigating atrocities in Africa during his nine-year term.

Fatou Bensouda had argued that the ICC is “working with Africa, and working for African victims, so I don’t think the African Union should be against that.”

Also, the President of the Assembly of States Parties to the Rome Statute Sidiki Kaba urged South Africa and Burundi to “reconsider their positions”.

“The withdrawal from the ICC Rome Statute by a State Party would represent a setback in the fight against impunity,” he said.

Only one Arab state – Jordan – has ratified the Rome Statute. The United States, Egypt, Iran, Israel and Russia have not ratified the statutes. China, India, Pakistan, Indonesia and Turkey have not even signed it.

The court has among others publicly indicted 40 people, issued 32 arrest warrants and 8 summons, detained seven with 10 fugitives at large, 8 in trial, one appealing conviction, 17 proceedings completed, three convictions etc.

The court issued its first verdict in March 2012 against Thomas Lubanga Dyilo, the leader of a militia in the Democratic Republic of Congo. He was sentenced to 14 years for war crimes relating to the use of children in the country’s conflict.

This was followed by the sentencing of Congolese Germain Katanga in 2014 to 12 years in prison for crimes against humanity and nine counts of war crimes during his time as leader of an armed group in 2003.

His sentence was reduced to 3 years and 8 months and transferred to the Democratic Republic of the Congo in 2015 to serve his sentence.

In September 2015, Malian Ahmad al-Mahdi was found guilty and sentenced to nine years for the war crime of “intentionally directing attacks against buildings dedicated to religion and/or historical monuments.”

In June 2016, Congolese Jean-Pierre Bemba was sentenced to 18 years in prison for crimes against humanity and five counts of war crimes in the Central African Republic from 2002 and 2003 as the leader of a Congolese rebel group.

Former Ivorian President Laurent Gbagbo was transferred to the court in 2011 for allegations of organising, along with members of his inner circle, systematic attacks against civilians during post-election violence in 2010.