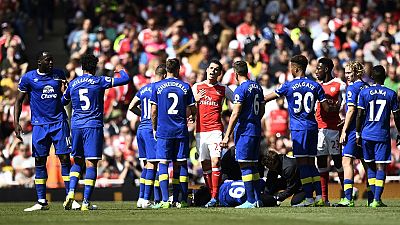 Everton will celebrate their new partnership with Kenyan gaming firm SportPesa by playing a friendly in Tanzania during pre-season in July, becoming the first Premier League side to play in the Eastern African nation.

Everton, who signed a five-year sponsorship deal with SportPesa earlier this month, will face the winners of the inaugural SportPesa Super Cup.

The knockout tournament will see four teams each from Kenya’s top tier, SportPesa Premier League, and Tanzania’s top tier, Ligu Kuu Bara, competing against each other.

The friendly will be played on July 13 in the Tanzania National Main Stadium.