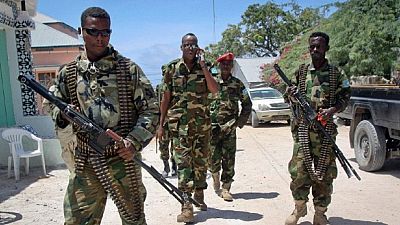 Some soldiers in Somali National Army staged a demonstration on Thursday in the capital Mogadishu to protest against unpaid salaries.

The soldiers, in their hundreds, blocked the main road near the headquarters of the defense ministry, local media Shabelle News reports.

One of the soldiers told Shabelle Radio that they are demanding salary arrears of four months which they suspect their commanders of siphoning.

The soldiers reportedly returned to their barracks after an order by their top commander.

Many Somali soldiers have lost their lives in the fight against al Qaeda-affiliated group al Shabaab which has carried out frequent attacks in Mogadishu to topple Somalia’s Western-backed government and drive out African Union peacekeeping troops.

President Mohamed Abdullahi Farmaajo has pledged to beef up the military in terms of training and welfare. 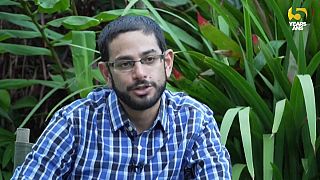 'Tense state' in Somalia could lead to civil war: ICG

'Tense state' in Somalia could lead to civil war: ICG