Ousted South Sudanese army chief, Paul Malong, has returned to the capital Juba on Saturday after he was fired by President Salva Kiir earlier in the week. Malong said he had no intention of staging a revolt against the government.

Earlier reports indicated that Malong had refused to return to Juba sparking fears of renewed fighting in Africa’s youngest nation.

His sacking followed the resignations of several senior military figures who alleged that there was ethnic bias in the army and that war crimes had been committed. Some of them later vowed to topple Kiir.

General Malong left Juba with a convoy of vehicles for his home state of Aweil in the northwest on Tuesday after he was sacked. He has been leading Kiir’s military campaign against rebels supporting his political rival Riek Machar.

According to Reuters, Kiir had said Malong was in a fighting mood indicating that the president expected some reaction from his former army chief.

“When I talked to him (Malong) last, he was not in a good mood, he was in a fighting mood,” Kiir told reporters on Friday. “I tried to calm him down, but he was rather wild.”

Kiir said he had expected Malong to officially hand over to his successor before leaving Juba. That however did not stop Kiir from appointing a new army chief. Lt Gen. Ajong’a Mawut was sworn in on Wednesday at the Presidential palace in Juba.

South Sudan won independence from Sudan in 2011 but has been in a civil war since 2013 when Kiir, an ethnic Dinka, fired his deputy, Machar, from the rival Nuer community.

The move triggered a conflict that has pitched parts of the oil-producing country into famine, paralysed public services and forced a quarter of the population – 3 million people – to flee their homes. The United Nations has said the violence amounts to ethnic cleansing and risks escalating into genocide. 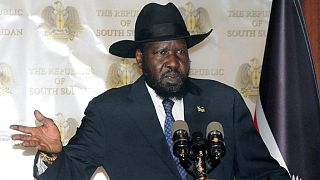 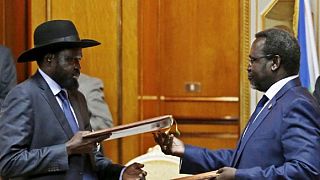 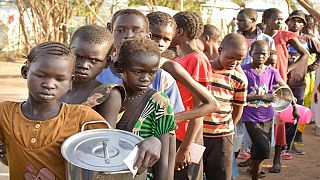