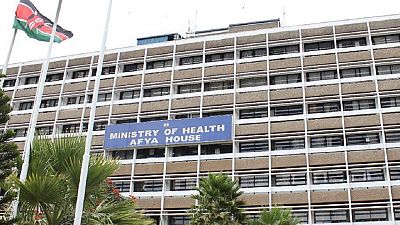 <p>The U.S. government has suspended $21 million in direct aid to Kenya’s Ministry of Health amid concern over corruption, the embassy said on Tuesday, giving emphasis to an issue that is a growing liability for the government before August elections.</p> <p>Support for <span class="caps">HIV</span> drugs and other health programs outside the ministry would continue, the embassy said, adding that the United States invests more than $650 million on health in Kenya annually.</p> <p>“We took this step because of ongoing concern about reports of corruption and weak accounting procedures at the Ministry,” the statement from the embassy said. “We are working with the Ministry on ways to improve accounting and internal controls.”</p> <p>The announcement adds weight to a rising number of scandals plaguing the government of President Uhuru Kenyatta, who is seeking a second and final five-year term in presidential, parliamentary and local elections on Aug. 8.</p> <p>The so-called Afya House scandal, named after the building housing the Ministry of Health, was based on an audit report leaked to Kenyan media in October.</p> <p>The audit showed the ministry could not account for 5 billion Kenyan shillings ($49 million) and funds meant for free maternity care had been diverted, newspapers reported.</p> <p>Officials at Kenya’s anti-corruption commission did not return calls seeking comment on Tuesday, but the ministry of health issued a statement.</p> <p>“The ministry has been raising matters raised in the internal audit investigations following the Quality Assurance audit by the National Treasury,” the statement said.</p> <p>“Other autonomous institutions … are undertaking independent investigations.”</p> <p>Last year, Kenya’s anti-graft chief told Reuters that a third of its state budget – the equivalent of about $6 billion – was lost to corruption every year.</p> <p>The government disputed the figure, blaming poor paperwork. In October, Kenyatta infuriated voters by telling them he could not tackle corruption because his “hands were tied”. He criticised the judiciary and other agencies for not doing more about the problem.</p> <p>Kenyan doctors and nurses say the corruption means that hospitals are often left without basic equipment, from drugs to gloves. Kenyan doctors in public hospitals went on strike from December to March, demanding a pay increase and improved working conditions.</p> <p><strong><em>Reuters</em></strong></p>