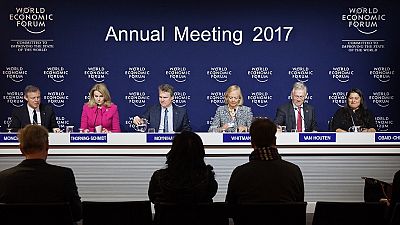 A new platform project, South Africa Internet for All is set to enable millions of South Africans have access to the internet very soon.

The World Economic Forum, in partnership with the Government of South Africa, is expected to announce the launch of the project this week.

The project aims in bringing millions of South Africans, including those in rural areas, onto the internet connection for the first time through new models of public-private collaboration.

We are very pleased to welcome the World Economic Forum to South Africa to partner with the government on Internet for All.

According to the International telecommunications Union, currently, 52 percent of South African use the internet.

The project is aligned with the Government’s national Development and South Africa Connect plans, would address the barriers that prevent universal internet access, infrastructure connectivity, affordability, skills and awareness, and relevant content, and also explore how the internet for all can better support the development of e-government services and SMEs.

The minister of Telecommunications and Postal Service of South Africa, Siyabonga Cwele said the partnership with the World Economic Forum and local partners will help accelerate efforts to connect the country to the benefits of the internet.

“We are very pleased to welcome the World Economic Forum to South Africa to partner with the government on Internet for All. We value inclusive multi-stakeholder efforts that will help bring many more South Africans onto the internet,” he said.

Speaking on Wednesday at the Durban ICC during a walkabout at the venue of the World Economic Forum on Africa, President Jacob Zuma said in preparing for the fourth industrial revolution, African and world leaders have to find new ways of doing things and be more creative in their thinking.

“The world is changing. We are entering the fourth industrial revolution.The question that faces the leaders of the world, politically and economically, is how we meet this new challenge; what do we do?” Zuma said.
Zuma said the mindset of Africans had to change for the continent not to be left behind.

He noted that the mere fact that this year’s WEF on Africa had recorded unprecedented attendance figures was a sign that Africa was the place to be for global decision-makers.

The fourth industrial revolution is a hot topic at the WEF on the Africa conference.

The WEF describes the fourth industrial revolution as building on the digital revolution. It is characterised by “a fusion of technologies that is blurring the lines between the physical, digital and biological spheres.”