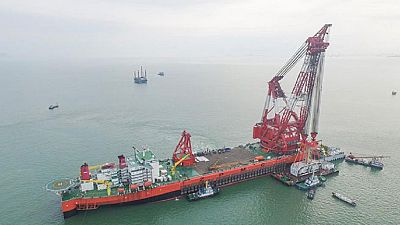 <p><strong>Chinese investment in Africa has increased dramatically, making the country the single largest contributor of foreign directive investment (<span class="caps">FDI</span>) capital and jobs in Africa in 2016, this is according to Ernst & Young’s (EY) latest Africa Attractiveness report released on Wednesday.</strong></p> <p>According to the report, China has invested in 293 FDi projects in Africa since 2005, totalling an investment outlay of $66.4 billion and creating 130,750 jobs.</p> <p>The report also states that Chinese <span class="caps">FDI</span> into Africa is well diversified across various sectors, covering resource-oriented ones as well as services and manufacturing.</p> <p>The data released by EY, a London-based headquartered professional services firm, also reveals diversification of Chinese investment across more countries, covering both resource-rich nations, such as South Africa, Nigeria and Angola and agricultural exporters such as Kenya.</p> <p>The report indicates that in 2016, jobs created from Chinese <span class="caps">FDI</span> projects hit an all-time high more than double the number in 2015 and above three times the number of jobs created by the next biggest investor, the United States.</p> <p>“Besides trade and <span class="caps">FDI</span>, Chinese companies and state-related entities have financed and built many infrastructure projects across the continent, including ports, roads, railways, dams, telecom networks, power stations and airports,” the report said.</p> <p>One notable example is a Chinese-built railway linking Addis Ababa in Ethiopia to the port of Djibouti launched on October 2016, with an investment of $4 billion.</p> <p>The report also states that the China-proposed Belt and Road initiative to rebuild the ancient Silk Road trading route could prove to be a win-win situation for both China and Africa.</p> <p>According to the report, since the late 1990s, Sino-African trade has grown rapidly, with China now Africa’s largest trade partner.</p> <p>China’s exports to Africa in 2016 stood at 82.9 billion dollars while imports from the continent were valued at 54.3 billion dollars, the report states.</p>

Besides trade and FDI, Chinese companies and state-related entities have financed and built many infrastructure projects across the continent, including ports, roads, railways, dams, telecom networks.