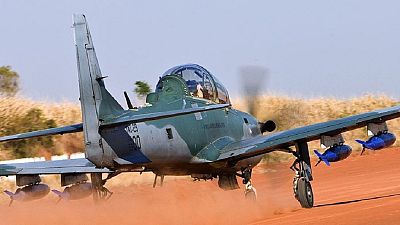 The United States has agreed to sell fighter jets to Nigeria to help in its fight against Boko Haram and talks underway include possible U.S. assistance in training, surveillance and military intelligence sharing, a senior Nigerian military official said on Monday.

“Yes, I can confirm to you that the U.S. has agreed to sell some fighter jets to us to support in the ongoing insurgency war,” said the official, speaking on condition of anonymity.

“The ongoing negotiation is not only in the supply of fighter jets but also assistance in training, surveillance and military intelligence,” the official added.

U.S. officials have also confirmed the sale of 12 Embraer A-29 Super Tucano aircraft with a $600 million gear to Nigeria. The sale awaits formal notification from Congress.

Nigeria has come under condemnation for the bombing of civilian targets in the country.