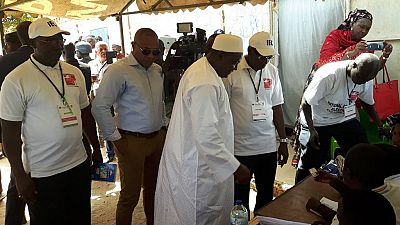 Exiled former President Yahaya Jammeh’s party Alliance for Patriotic Re-Orientation and Construction (APRC) for the first time in over 22 years won only 5 seats followed by other opposition parties: NRP with 5, GDC with 5, PDOIS with 4, PPP with 2 and an Independent Candidate winning a seat.

Voter turnout in the election was 42% low and the process run smoothly, fair and peacefully, the IEC Chairman declared.

238 candidates and 10 registered parties took part in the elections that saw only two women elected.