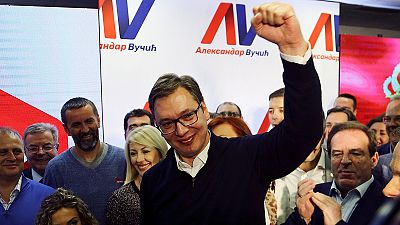 Serbian Prime Minister Aleksandar Vucic has scored a convincing win in the country’s presidential election, taking around 55% of the vote. It means he is well over the 50% threshold avoiding a second round run-off.

Vucic will take on the largely ceremonial post at the end of May, but is expected to retain de facto power through his control of Serbia’s ruling Progressive Party.

“For me it is important this election demonstrated that a large majority of Serbian citizens favour the continuation of the European path while maintaining close ties with China and Russia,” he told his supporters.


As president, Vucic will have few formal powers, among them the right to send legislation back to parliament for reconsideration.

But he is widely expected to appoint a loyal ally as prime minister and try to keep a tight rein on policy, as former President Boris Tadic, then of the Democratic Party, did between 2004 and 2012.

The biggest surprise of the election has been the young satirical comedian Luka Maksimovic who polled 9% picking up votes of Serbs disillusioned with the country’s political class. 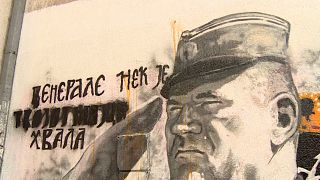