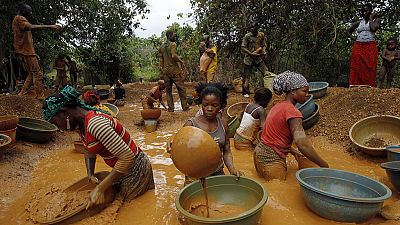 Ghana has ratified the Minamata Convention on Mercury to protect human health and the environment from the adverse effects of the toxic liquid metal.

Mercury is used especially by small-scale miners to separate gold from ore and later expose the toxins into the air and water. This action pollutes the water bodies used by communities causing brain damage and severe health conditions.

This convention ratified by Ghana means the country is obliged to reduce mercury use in artisanal and small-scale gold mining, end burning gold-mercury amalgam in residential areas and protect children from exposure.

The Human Rights Watch has stated in a report that the use of mercury is still rife in Ghana with children as young as 12-year-old working with mercury.

The rights body concluded that the government is displaying a lax attitude towards the sale and use of mercury despite training health workers on its harmful effects.

There is a public uproar against illegal mining activities in public rivers in the country. The people are facing serious effects of water pollution as they depend on the rivers for water and for fish.

A day after the ratification, the Ghana police arrested five Chinese nationals with four Ghanaians illegally mining for gold in the River Ankobra in the western part of the country.

The swoop is one of many conducted by the police in the past years against illegal miners who have polluted several rivers in the region which are now heavily polluted, according to reports.

Artisanal and small-scale gold mining is legal for Ghanaians only, but with a license.

With the ratification in place, the government is expected to protect the people against the deadly effects of mercury which is used by artisanal and small-scale miners.