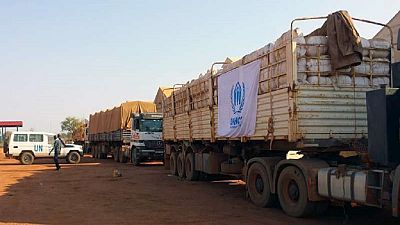 The Sudanese government has pledged to open a new corridor to South Sudan for swift delivery of humanitarian aid to the famine-hit neighbouring country.

Sudan’s Foreign Ministry Under-Secretary Abdel-Ghani al-Nai’m said on Sunday in a press release cited by local media Sudan Tribune that the government agreed to open the new corridor to grant access to the 7.5 million people affected by the crisis.

The United Nations welcomed the decision in a statement saying it will not only allow for the timely delivery of food aid but help reduce the cost of aid delivery by air.

“By opening this cross-border corridor, the Government of Sudan is showing its commitment to the people of South Sudan and further strengthening cooperation with the international community to pull South Sudan back from a widening famine that could affect another 1 million people,” the United Nations Resident and Humanitarian Coordinator in Sudan, Marta Ruedas said.