The Republic of Congo’s former spy chief is dead.

Colonel Marcel Ntsourou died on Friday morning at a military hospital in the capital Brazzaville.

Africanews spoke to one of his lawyers, Yvon Eric Ibouanga, who confirmed his death.

“I was in court and my phone rang. It was his wife who was calling from France and she informed me that that her husband had collapsed in his cell and taken to the military hospital. I was forced to leave the court and wend to the military hospital where I saw that indeed the Colonel Marcel had died and his body was taken to the morgue at the university Hospital in Brazaville.”

A former ally to president Denis Sassou Nguesso, until they fell out in 2012, the colonel was serving a life sentence with forced labour after being sentenced in September 2014.

He had been arrested in December 2013, following violent clashes between his militia men and the Congolese army in the center of Brazzaville.

The criminal court found him guilty of “rebellion, illegal possession of weapons of war and ammunition, murder, intentional assault and conspiracy.”

Colonel Ntsourou fell into disgrace after he was blamed for an explosion at an arms depot at Mpila,a residential area in Brazzaville, which caused nearly 300 deaths on 4 March 2012.

An investigation has been launched to unearth the cause of his death. 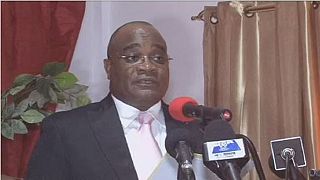 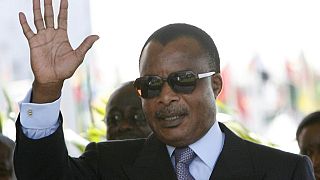 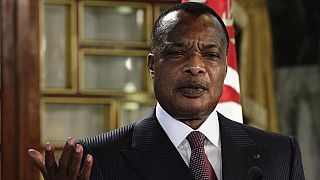 Over 100 rights violations reported during electoral period in Congo

Over 100 rights violations reported during electoral period in Congo