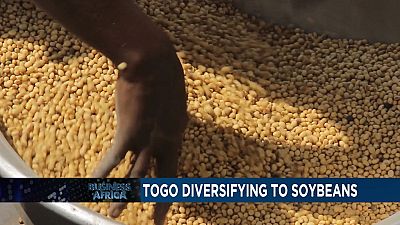 There is a need to speed up the production of soybeans in Togo as demand has risen to 312 million tons in 2016 from 17million tons.
Scientific methods are now been considered to help boost growth in order to meet the rising demand.

Zimbabwe was famously considered as the breadbasket of Africa but now imports most of its food items.
Recently the government implemented a 15 percent value-added tax on basic foodstuffs which took effect on Wednesday.
Is this a move to boost the local products in an economy battling cash shortages? The response with Micheal Oduor and Serge Patrick Mankou.