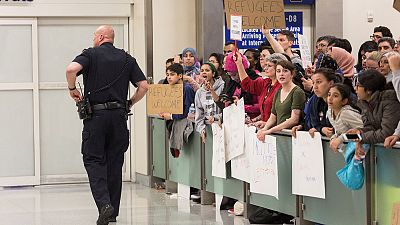 Donald Trump’s executive order banning travel to the US from seven majority-Muslim countries is in tatters after the American Civil Liberties Union won a class action lawsuit after two Iraqis were detained at JFK airport in New York.

The pair, with links to the US military, were legally allowed to enter America, but were detained by customs officials at JFK.

Hameed Khalid Darweesh, one of those held spoke after he was released: “I support the US government on the other side of the world. But when I came here, they said no. And they treated me as if I broke the law, or did something wrong and I’m surprised, really. really, surprised.”

CNN’s jimsciutto asked Twitter for stories of those affected by Trump's travel ban. Here are some of those stories https://t.co/TY3oEqfL4Y pic.twitter.com/YiF4pkg4DL

Trump has banned 134 million people from entering the US for the next 90 days.

Protesters occupied JFK airport after Trump signed the executive order banning travel to the US for nationals from Syria, Iran, Iraq, Yemen, Sudan, Somalia and Libya for the next 90 days.

All are Muslim majority countries where Trump has no business interests.

Nationals from Pakistan, Saudi Arabia and Afghanistan are allowed to travel to the US, but will face “extreme vetting,” according to the president. 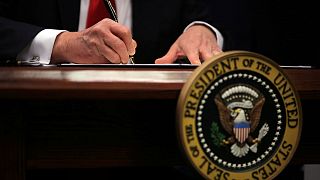