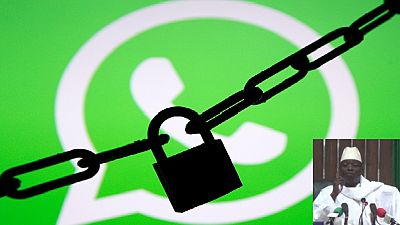 A social media restriction which forced people in The Gambia to use virtual private networks (VPN) to access whatsapp application has been lifted as the clock ticks for the exit of ex-President Yahya Jammeh.

Many journalists in the West African country tweeted about the development as they waited to see the exit of Jammeh who agreed to cede power on Friday, January 20 – almost 24 hours after his tenure ended.

General internet cuts are not unusual under Jammeh with the most recent being before and during the December 1, 2016 elections. The restriction on internet and telephone services caused internet freedom groups to petition Jammeh, their appeals were however slammed by the then government.

Hours before Jammeh leaves #Gambia, the restriction on Whatsapp is lifted.

Did #gambia just unblock whatsapp? Messages coming in without VPN for first time …

QCell only for now but whatsapp and Skype unblocked in #Gambia. Jammeh hates whatsapp because it's how his opponents tended to organise

Internet was cut on the evening of the eve of the polls and was not restored throughout the period. Fears were that information flow could be threatened in polls that Jammeh was widely expected to win. In the end he lost to Adama Barrow – then opposition coalition candidate and now President of The Gambia.

The use of particularly Twitter has been crucial in the post election happenings in the country. A hashtag #GambiaHasDecided became popular with activists using it very frequently. People wearing T shirts with the hashtag were sometimes arrested.

Facebook and especially Twitter have also been the main avenue through which the opposition coalition have released most of the information. The most recent being the news that Jammeh had agreed to cede power and to leave the country.

Gambia joins a long list of African countries that have blocked internet to thwart the efforts of political opposition. Among others, Burundi, Congo-Brazzaville, Egypt, Sudan, Niger and the Democratic Republic of Congo have all gone down that path. 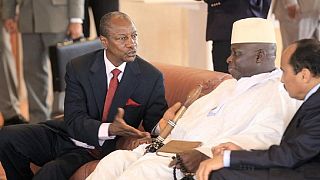 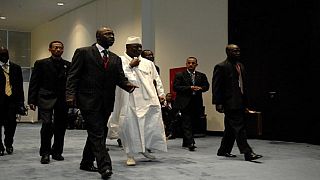