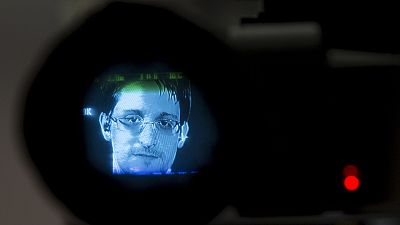 Snowden, Assange, Manning. A piece of art in Berlin representing the three famous whistleblowers is meant to encourage citizens to speak out. For some people these whistleblowers are heroes. For others, especially the US administration, they are traitors.

Chelsea Manning is the only one of the three to have served prison time. The 29-year- old transgender US army private was initially sentenced to 35 years for her role in leaking diplomatic cables to Wikileaks.

Wikileaks has published sensitive information for 10 years now, but made headlines worldwide in 2010 when it released Manning’s classified military documents. Especially shocking was the footage showing US soldiers who shot dead several Iraqi civilians from a helicopter. This caused a public outcry.

Wikileaks founder Julian Assange promoted the video. He remains holed up in the Ecuadorian embassy in London, because by leaving it he may risk extradition to the US. To his critics, Assange is a publicity-seeker, but to his supporters, he informed the public about the hidden damage of US military actions.

“We have seen there are approximately 15,000 never previously documented or known cases of civilians who have been killed by violence in Iraq,” says Assange.

Like Assange, whistleblower and former intelligence agent Edward Snowden faces a life in exile. After leaking information about the extensive internet and phone surveillance done by the National Security Agency he fled from the United States to Russia.

“If we can’t understand the policies and programmes of our government, we cannot grant our consent in regulating them,” he insists.

Heroes or traitors? Certainly for the media world they are more often than not heroes. From Stanley Adams, who exposed corruption at Swiss drugs giant Hoffman-La Roche, a cause celebre in the 1970s and immortalised in song by British rock band The Fall…

…to Jeffrey Wigand, who exposed the fact that US tobacco companies knew how harmful their products were. He would be played by Russell Crowe in the 1999 Michael Mann movie.

Or there is Dr. David Kelly, a British weapons expert who tried to expose what he called the British government’s “sexing up” of reports claiming Saddam Hussein retained a chemical and biological weapons capability, used to justify the US-led invasion of Iraq. Television, not film, has examined his case.

In any case after the Snowden publications took place, the US Congress passed a historic NSA reform law. US President Barack Obama added further changes to NSA practices, and tech companies have been using encryption to better protect millions of people’s privacy. 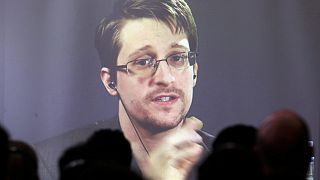