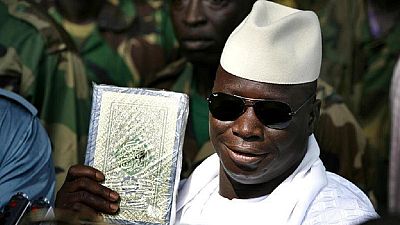 A United States (US) Senator, Chris Coons, has waded into the post election impasse in the Gambia, where president Jammeh has refused to accept defeat from the last presidential elections.

‘‘I am deeply troubled by Gambian President Yahya Jammeh’s refusal to accept the results of the December 1 election and engage in peaceful transition of power to President-elect Adama Barrow,’‘ his statement read.

He went on to condemn the seizure of the electoral headquarters by security forces adding his voice to calls for the reopening of media houses and the release of detained opposition members. As at January 10, four radio stations had been closed down.

As the designated ECOWAS Mediator for the Gambia, I urge President Buhari of Nigeria to continue to pressure President Jammeh to step down on January 19 when his mandate expires.

‘‘The government should protect, not infringe upon, the right to free expression,’‘ he said adding that the people of Gambia had the support of the African Union, the United Nations and the entire international community.

He commended mediation efforts by the regional political bloc, ECOWAS, ‘‘As the designated ECOWAS Mediator for the Gambia, I urge President Buhari of Nigeria to continue to pressure President Jammeh to step down on January 19 when his mandate expires,’‘ he concluded.

Coons, who is a Senator from the State of Delaware is a member of the Senate Foreign Relations Committee.

A similar concern was last week raised by US Congressman, Eliot Engel, who also described the current situation in the Gambia as ‘troubling.’

His concern was just as that of Coons’ calling for Jammeh to step down and allow the will of the people to prevail. Engel, who is a member of the US Foreign Affairs Committee represents parts of the Bronx and Westchester Counties in New York.