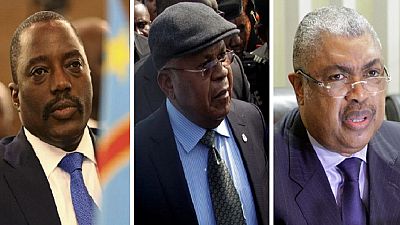 The political deal brokered by the National Episcopal Conference (CENCO) in the Democratic Republic of Congo (DRC) has come under attack from Prime Minister Samy Badibanga, who according to the BBC says he rejects the deal because it is unfit for purpose.

Badibanga was appointed Prime Minister (PM) in December by President Kabila after a section of the opposition agreed on a political pact under the aegis of the African Union (AU). A process led by Edem Kodjo – a former Togolese PM – as mediator.

The former senior legislator argues further that it did not make sense to scrap an unpopular deal – referring to the AU brokered one – with a new one just because the main opposition participated in the latest one.

The Catholic Church – which opted out of the AU mediation at some point – opened fresh negotiations on the political situation in the country resulting in the 31st December deal agreed between the main opposition parties and the government.

The deal which is yet to be ratified by President Kabila will lead to elections later this year, instead of April 2018 as earlier communicated by the electoral body. Also under the deal, Kabila is unable to amend the constitution in order to seek a third term. A new PM is also expected to be named from the opposition.

Badibanga who was appointed after the resignation of the then PM Augustin Matata Ponyo, is also widely expected to tender in his resignation to allow a new appointee, but reports indicate he has yet to do that.

Deadly clashes between protesters and security officials have characterized the months leading to the end of Kabila’s mandate – which was on December 20.