World Rugby has made the difficult decision to recommend the postponement of Rugby World Cup 2021, scheduled to be hosted in New Zealand between 18 September-16 October, until next year 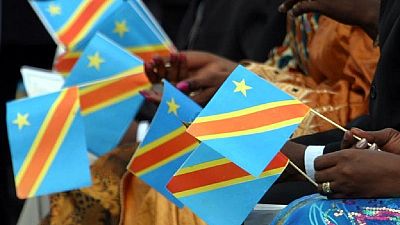 Political stakeholders in the Democratic Republic of Congo (DRC) are finetuning modalities of a political deal brokered by a non-political group – the Catholic bishops of the National Episcopal Conference of the Congo (CENCO).

CENCO’s decision to open a new dialogue despite a deal reached by the African Union mediator turned out to be more durable. The Edem Kodjo led process was boycotted by the main opposition parties hence it was seen as carrying relatively lesser weight.

The CENCO deal agreed on December 31, 2016 practically snatches the country from the brink of increased instability. The lead up to the deal was bloody with heavy security clampdown on protesters insisting that incumbent Kabila steps down.

I am a Congolese citizen, I will go home and I am running for president. The charges of plotting against the government are a distraction.

In the end, the opposition gets two main ‘victories.’ That Kabila agrees to step down with polls to be held later this year and more importantly, that he cannot change the constitution to allow him to run for a third term.

We present a sequence of the major events from 2015 till date.

January 17, 2015 – With about two years to the expiration to Kabila’s mandate, the parliament passed a bill that allowed him to extend his mandate beyond 2016.

January 19-22 – There were clashes between anti-Kabila protesters and security forces in the capital Kinshasa and other towns. Dozens were reported dead and several others arrested.

Note: The government sought to justify the law allowing Kabila to continue in power with the excuse that a new voters register was needed for general elections and that it would take time to compile. DRC is a country of an estimated 70 million people.

A planned census for 2015 has yet to take place. Joseph Kabila took over after the assassination of his father Laurent Kabila. He has been in power for about 15 years and his second and final term ended on December 20, 2016.

April 2016 – Darryl Lewis, an American security aide of Mosie Katumbi, a former governor and ally of Kabila was arrested during a street protest and detained together with three other members of Katumbi’s entourage in the southern city of Lubumbashi.

May 2016 – Katumbi, the former governor of Katanga province declared presidential intentions. He was and is still seen as a strong opposition candidate. Katumbi joined opposition ranks in September 2015.

May 11, 2016 – A constitutional court ruled that Kabila can stay on when mandate expires till successor is elected.

Later in May – Katumbi , owner and bankroller of TP Mazembe football club, appeared before a prosecutor in Lubumbashi over charges of hiring mercenaries. His security aide was subsequently freed and ordered out of the DRC.

Katumbi left the DRC to South Africa before being flown to Europe to seek medical treatment after he inhaled tear gas fumes fired by police when he appeared before the prosecutor with his supporters to answer to the ‘mercenaries’ charges.

June 2016 – Katumbi was jailed 36 months in absentia and fined $6m in a property appropriation case. His lawyers claimed the courts’ ruling was part of a political distraction meant to derail his ambitions.

July 2016 – Tsisekedi returns to DRC after two years in Belgium, he demands elections and Kabila’s exit while speaking to a huge section of his supporters.

July 2016 – the electoral body entered an agreement with a Dutch outfit, Gemalto, to help with the compilation of a biometric register and the conduct of its next elections. According to Corneille Nangaa, President of CENI, “We needed a reliable partner to facilitate our ambitious program, which we expect will enroll up to 45 million voters.”

August 2016 – The Electoral body (CENI) says polls are only possible by April 2018. The Independent National Electoral Commission (CENI) cited lack of funding and delays in voter registration as the major factors behind the postponement.

October 17, 2016 – DRC’s constitutional court allows CENI to postpone November polls and ordered the immediate roll out of a new calendar for the next elections.

The last calender they presented indicated that a credible voters register will be ready in July 2017 after which they need over 500 days to organize polls in July 2018. The parliamentary majority and breakaway faction of opposition agree poll extension to April 2018.

Katumbi told the British broadcaster, BBC in October that he will run for president, ‘‘I am a Congolese citizen, I will go home and I am running for president. The charges of plotting against the government are a distraction,” he emphasized.

The CENCO who were earlier part of the AU mediation pulled out after the September clashes saying it wanted ‘‘to mourn dead protesters,’‘ also at some point they warned that a deal that keeps Kabila in office beyond 2017 will not be acceptable.

December 8, 2016 – CENCO opens fresh dialogue to set up transitional authority until polls can definitively be held – target reaching a deal by middle of December.

December 12, 2016 – The US and EU sanctioned top officials of the regime for complicity in using deadly force on protesters.

December 15, 2016 – Bloomberg releases Kabila family’s business interests in the country links to why he doesn’t want to leave. Claimed that since the end of the civil war in 2003, the family of the Kabila is reported to have flourished by owning at least 70 companies.

According to a the Bloomberg report published on Thursday, December 15, 2016, the scope the Kabila empire has recently become visible after Congolese regulators computerized and made corporate and government records publicly available.

December 20–22, 2016 – A new round of protests as Kabila’s mandate expires, groups ‘‘bye-bye Kabila’‘ and ‘‘Filimbi’‘ were rounded up. Some were later released whiles others were jailed.

In Goma, Lubumbashi, Kinshasa, violent clashes between security and protesters led to deaths. Kabila’s spokesman a day after his mandate expired said ‘‘nothing changes and that he (Kabila) was still in charge. A new cabinet was also named with Badibanga as PM.

CENCO resumed negotiations with the hope of a deal by Christmas. A deal was announced by opposition members but it wasn’t corroborated by the government, the negotiators said some other fine details were being ironed out and that they were close.

On the last day of the year 2016, the church officially announced a deal. Its major conditionality being that Kabila agrees to leave office by end of 2017 contrary to 2018 as earlier projected. That he cannot under any circumstance be a candidate as says the constitution.

January 1 – CENCO accord was signed by all stakeholders. Between January and when Kabila exits, he will be president but a transitional body will be set up to be led by Tshisekedi and a new opposition prime minister will be named.