Tributes pour in for George Michael after he dies at 53 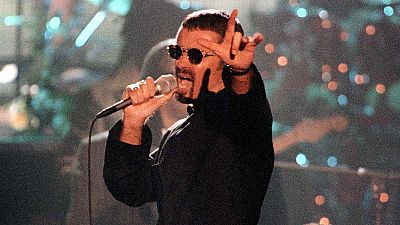 Tributes have poured in from across the world for British pop singer George Michael who has died at the age of 53 from suspected heart failure.

At the music legend’s Oxfordshire home, where he is said to have ‘‘passed away peacefully’‘ on Christmas Day, fans came to pay their respects.

Michael first shot to fame in the 1980s as the front man of pop group Wham! with smash hits such as Last Christmas and Wake Me Up Before You Go Go, before going on to enjoy a hugely successful solo career.

Former Wham! bandmate Andrew Ridgeley led some of the tributes.

Heartbroken at the loss of my beloved friend Yog. Me, his loved ones, his friends, the world of music, the world at large. 4ever loved. A xx https://t.co/OlGTm4D9O6

In recent years, however, it was Micheal’s personal life which made headlines for the wrong reasons.

Police are said to be treating the music superstar’s death as unexplained but not suspicious.

Outside his London home, fans reacted to the news.

“I have grown up with him – he was a song book to the good times, the bad times. And he’s brought me here today just to say ‘Thank you George for the music’. We were listening to him in the car,” said one woman.

“It (George Michael’s music) was always uplifting. When, in the younger years ‘Wake me up Before you Go Go’ and Club Tropicana…it was great. It was really happy sort of 80s music, so yeah, it was very sad to hear the news today,” said one man.