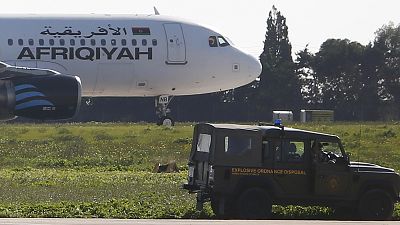 A Libyan plane with 118 people on board has landed in Malta in what the island’s prime minister called a “potential hijack situation”.

The Airbus A320 was on an internal flight for Afriqiyah Airways when it was diverted on Friday morning and according to Malta airport, two hijackers appear to be on board the plane on the runway.

The PM gave some details at a pres briefing, among others:

1. The two hijackers had a hand grenade and a pistol. That they were ‘probably of Libyan nationality.’
2. Crew and passengers are being questioned to verify events
3. The armed forces of Malta are conducting a search on the plane
4. A condition to negotiate with them was a safe release of all passengers.

“So far no, there have been no requests for political asylum so far. The commander [of Maltese armed forces] has just confirmed to me that during his negotiations, [the] Maltese government’s position was crystal clear so no demands were made.

“So far, last couple of minutes, no such demand has been made, but I cannot exclude that being made in the next hours or so,” the PM said.

So pleased that all's well that ends well re #Afriqiyah hijack. Heartfelt thanks to #Malta's authorities & all security & emergency services

The Libyan government says there were two hijackers and that they were in the twenties.

They were seeking political asylum in Europe, they were handcuffed and taken off the plane.

One of them came out of the plane carrying the Libyan flag.

BREAKING: All 118 hostages aboard Libyan #AfriqiyahAirways plane that was forced to land in #Malta are safe after the hijackers surrender pic.twitter.com/x9eCn0J7sU

Relieved that #AfriqiyahAirways hijack in #Malta has come to end with all passengers released safely. The rule of law must now prevail.

The BBC reports that the mayor of Sebha, the town where the plane was reportedly hijacked has confirmed the incident.

The plane left Tmenhant airport at 09:05 GMT heading for the capital Tripoli. “It was hijacked and investigations are continuing to establish how any explosives or weapons made it on board. The security at this airport is not good. It’s a military airport,” Col Hamed Al-Khayali is quoted to have said.

Update 3: PM tweets that second batch of 25 passengers to be released

The Prime Minister has tweeted that negotiations with the hijackers has led to the release of 25 hostages. Interestingly those released comprise of only women and children.

The hostage figures (passengers) according to the PM are as follows:

He however did not indicate the details of their discussions.

Maltese media however say only one hijacker was aboard the plane, claiming to be in possession of a hand grenade.

The hijacker has reportedly claimed he is pro-Gaddafi and said he was willing to let passengers go apart from the crew if his demands were met. According to the Times of Malta, the plane’s engines were still running and it was surrounded by soldiers, but no one is yet believed to have approached the plane.

Informed of potential hijack situation of a #Libya internal flight diverted to #Malta. Security and emergency operations standing by -JM

The aircraft had been flying from Sebha in southwest Libya to Tripoli for state-owned Afriqiyah Airways, when it was diverted to the tiny Mediterranean island of Malta , about 500 km north of the Libyan coast. 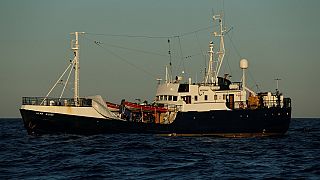 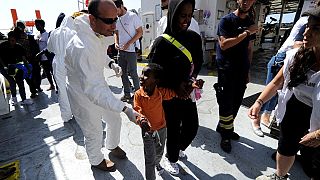 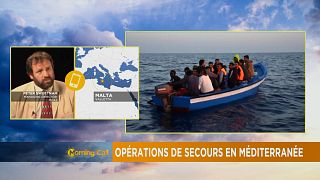