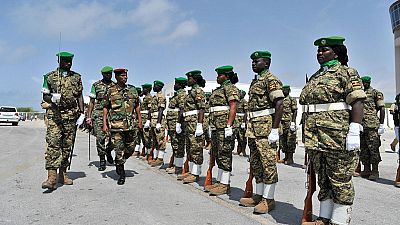 “All six passengers were killed,” he said.

The African Union Mission for Somalia said it was investigating “the unfortunate incident in Qoryooley where civilians lost their lives in an attack.”

The force also said on Twitter that it will issue a statement on the other “allegations.”

In a separate incident, residents in Marka town said an AU armored vehicle smashed into a home, killing a mother and four children.

Thousands of African Union troops are in Somalia to bolster the country’s weak government, which is facing an insurgency from the homegrown al-Shabab extremist group that is linked to al-Qaida.