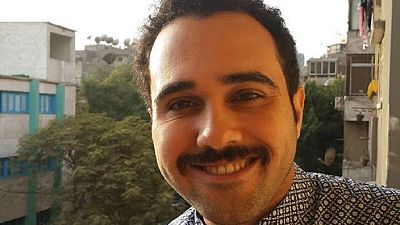 An Egyptian court on Sunday ordered the provisional release of writer Ahmed Naji who was sentenced in February to two years in prison after the publication of an excerpt from one of his novels in a magazine containing sexual scenes.

The Court of Cassation decided to release the young writer while it examines his appeal against his two-year sentence for “indecent assault”.

The jailing of Ahmed Naji, known for his criticism of corruption in the Egyptian government, had sparked massive protests in the literary world in Egypt and abroad.

More than 120 journalists and artists from around the world had written in May to Egyptian President Abdel Fattah al-Sissi to demand the release of the novelist.

Hundreds of Egyptian artists had also defended him including Alaa El Aswany, author of the popular book “The Yacoubian Building”.

Ahmed Naji, author of three books and a journalist for the literary magazine Akhbar al-Adab, was charged in 2015 after a reader complained of his latest novel “The Use of Life”, claiming that reading certain scenes where the characters made love made him sick.

A first court acquitted Ahmed Naji, but prosecutors appealed, and the writer was convicted and sentenced in February.