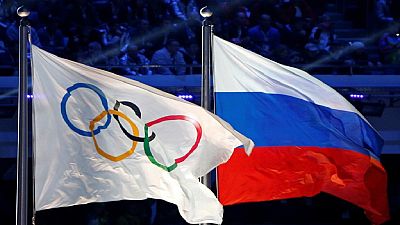 More than 1,000 Russian athletes competing in summer, winter and paralympic sport were involved in or benefited from an institutional conspiracy to conceal positive doping tests, a WADA report said on Friday.

It said there was a systematic cover-up, which was refined at the 2012 Olympics, 2013 world athletics championships and 2014 Sochi Winter Olympics, and that more than 30 sports, including soccer, were involved in concealing positive doping samples.

“An institutional conspiracy existed across summer and winter sports….for the purposes of manipulating doping controls, these athletes were not acting individually but within an organised infrastructure,” McLaren told a news conference.

“Over 1000 Russian athletes competing in summer, winter and Paralympic sport can be identified in being involved in, or benefitting from, manipulation to conceal positive doping tests.

The report said a urine sample swapping technique used at Sochi became regular practice at the Moscow laboratory that dealt with elite athletes.

It added that four Sochi gold medallists had samples with physiologically impossible salt readings, while 12 Russian Sochi medallists had evidence of tampering with the bottles containing their urine samples.

“The swapping of Russian samples, further confirmed in this second report in occurring at Sochi, did not stop at the close of the Winter Olympics. The sample swapping technique used at Sochi became a regular monthly practice at the Moscow lab in dealing with elite summer and winter athletes. Further DNA and salt testing confirmed the technique,” McLaren said.

The original McLaren report, released in July, was one of two commissioned by WADA which revealed widespread state-sponsored doping in Russian sport.

The July report found Moscow had concealed hundreds of positive doping tests in many sports ahead of the Sochi Games and led to a partial ban of Russian athletes competing in Rio de Janeiro Olympics in August.

Although Russian track and field athletes and weightlifters were banned from competing at Rio, the International Olympic Committee rejected a blanket ban and let international sports federations decide which athletes should be eligible to compete.