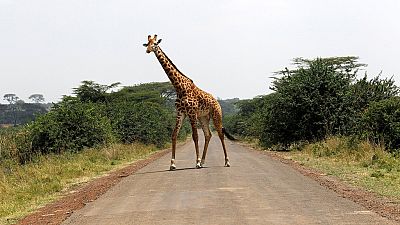 From the top of their long necks they would be believed to be invincible, or even untouchable. However the majestic giraffe, the world’s tallest land mammal , has just joined the long list of animals threatened with extinction around the world.

According to a report published on Thursday by the International Union for Conservation of Nature (IUCN), giraffe population has declined by 40 percent over the past three decades and now stands at about 97,600.

The conservation group has alerted that giraffes are now being poached more and sought after for their meat.

With rapid urbanization in Africa, giraffes’ territories have also continued to shrink, as human activities such as real estate and agricultural projects encroach on wildlife reserves.

Of the nine different species of giraffes living on the African continent, only three are doing well, one is stable, while the other five are declining sharply.

According to a United Nations study, the human-induced threat could lead to the worst mass extinction crisis since the death of dinosaurs 65 million years ago.

Across the natural world, some 860 plant and animal species have already gone extinct. Another 68 are no longer found in the wild.

The IUCN lists nearly 13,000 species as endangered or critically endangered. Many more species, including giraffes, are labeled as vulnerable, considered to be facing a “high risk of extinction in the wild.”