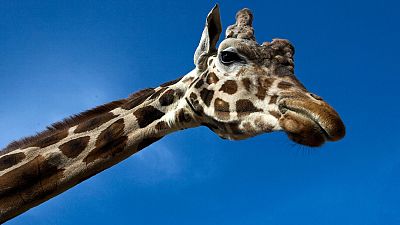 Giraffes have become the latest animal to be considered as being “vulnerable” to extinction.

According to the International Union for the Conservation of Nature there has been a dramatic drop in the giraffe population in the last 30 years.

Habitat loss, poaching and civil unrest in many parts of Africa are to blame.

In the IUCN’s latest global Red List of threatened species, the world’s tallest mammal is now said to be “vulnerable”, meaning that over three generations, the population has declined by more that 30%.

While researchers believe that some local populations may not survive, there is optimism that the long term future of these tall creatures can be secured.

Experts say the success in keeping giraffe numbers high has much to do with the management of game parks and its hoped the IUCN listing will now attract much needed attention that will benefit the species.