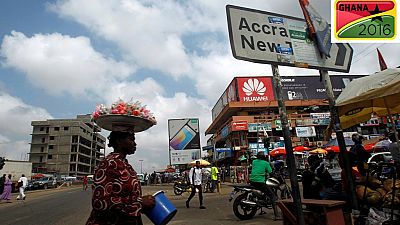 Some Ghanaians have expressed fear that internet connection might be shut down during the country’s presidential election despite assurances by authorities.

In May 2016, the Inspector General of Police said the police is considering blocking social media on election day due to the abuse of information on the platform that could mar the process.

A lot of internet freedom bodies and many Ghanaians condemned the idea and after three months of debates, the president John Mahama declared that the internet will not be shut down on election day.

This was confirmed by the police later and said it will track and prosecute those who use social media to disrupt the elections.

However, a few days to the election, a lot of fake news reports suggesting corruption and election fraud on the part of both the ruling and main opposition parties are spreading on social media.

These have stoked fears of possible shut down of internet if the situation gets out of hand on December 7.


Impact of internet shutdown on the economy

Some governments around the world including over a dozen from Africa adopted the tactic of shutting down electronic communications including internet connection for political reasons and to control their citizens online.

According to research conducted by the Brookings Institution, 81 short-term internet shutdowns that occurred in 19 countries between July 1, 2015 and June 30, 2016 cost the global economy at least US$2.4 billion.

Among the countries are Morocco, Republic of Congo, Algeria, Ethiopia, Uganda and Libya. Most of these countries shut down the internet during their elections including Burundi, Egypt, Sudan, the Central African Republic, Niger, the Democratic Republic of Congo and recently The Gambia.

If Ghana goes this way on election day December 7, 2016, its economy will lose about a million dollars.

Bloggers in the country are however educating people on the use of Virtual Private Network (VPN) to enable access to online information through an encrypted connection over a less secure network.

Though GhanaPolice promised to not block #socialmedia, checkout this VPN tutorial out if they do. https://t.co/JDHMTY875k #GhanaDecides