US and AU condemn failed assassination of Nkurunziza's top aide 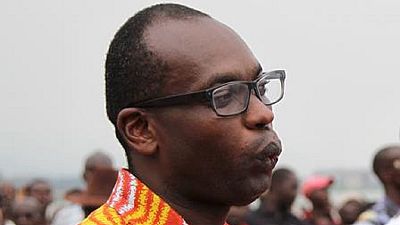 Mr Nyamitwe escaped the assassination attempt of Monday night but he was wounded. His police escort was however killed in the attack. Burundi’s police spokesman Pierre Nkurukiye confirmed on Tuesday that arrests had been made and investigations were underway.

Whiles expressing the AU’s condolences to the family of the slain security official, Chergui also added, ‘‘Nothing justifies political violence. AU continues to stress that political differences should be resolved through sincere (and) inclusive dialogue.’‘

Nothing justifies political violence. AU continues to stress that political differences should be resolved through sincere (and) inclusive dialogue.

We strongly condemn attempt to assassinate Mr. willynyamitwe, Advisor to President of #Burundi. Condolences to family of Body Guard killed.

The United States’ Special Envoy for the Great Lakes Region, Thomas Porriello, also condemned the attack on Nyamitwe whiles sharing condolences with victims and their families.

I strongly condemn the assassination attempt on willynyamitwe. My thoughts and prayers are with him, the victims & their families.

Burundian police have said that they had known about the plot for some time and had already arrested a colonel and corporal.

Bujumbura has repeatedly accused Kigali of being behind the country’s current political strife. Nyamitwe in October made a presentation to the effect that Rwanda was largely responsible for the chaos and instability in Burundi.

Bujumbura is on record to have accused Kigali of hosting the May 2015 coup plotters and offering material and military training to Burundians living in refugee camps in Rwanda.

In July this year, a top Burundian lawmaker, Hafsa Mossi, deemed to be close to President Nkurunziza was assassinated. The home affairs minister indicated that the commando behind the killing was linked to Rwanda.