The announcement quoting Raul Castro, his brother and current president, was made on Cuban state television.

The former revolutionary had been frail for some time but recently was still able to meet foreign dignitaries such as the presidents of Vietnam and Portugal.

The former leader was rarely seen in recent years, although he wrote newspaper commentaries on world affairs and occasionally met with foreign leaders. 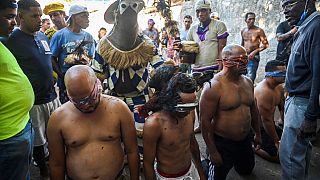