Madagascar’s food crisis has worsened following three years of successive drought in the south of the country.

The World Food Program has been distributing food aid and cash relief to those affected.

Overall, some 1.4 million people in the south are food insecure, with at least 600,000 severely food insecure.

“We suffer from the famine. Children and old people have no food. We need help to install water pumps, even a small aid will help”, said Zoetsoa, President of the Tsarampioke farmers association.

Various Agencies have joined forces, to get thousands of farmers to grow drought resistant crops and care for their livestock in the worst-affected districts.

The World Food Programme has warned hunger is expected to reach emergency levels by the end of the year in the region.

Patrice Talla Takoukam, an FAO representative, in Madagascar explained,“We have been trying to respond to emergencies but also at the same time to build the resilience capacities of the communities, to be able to take care of themselves. One example like in the seed sectors, FAO has provided the capacity for the communities to be able to produce themselves”.

U.N. agencies are calling for urgent action to address the worsening situation which needs about $67 million in food and farming support.

Nine in 10 people live on less than 3 dollars a day, and the country has one of the highest rates of chronic malnutrition in the world.

the World Food Programme says in southern Madagascar, one in three households has already been forced into desperate measures such as selling their house or land, begging or migrating. 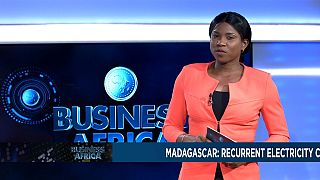