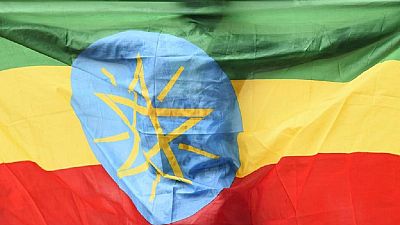 The Federal High Court in Ethiopia on Monday charged 22 individuals for terror related offences. According to the state affiliated FANA Broadcasting Corporate, the charges were in respect of ‘‘causing damage by inciting violence in schools.’‘

The report further states that the accused persons were receiving instructions from leaders of the Oromo Liberation Front based in Kenya and Norway.

The OLF is an opposition group which has been labeled as a terrorist organization by the Ethiopian government. They have been accused of been behind protests that have hit two main regions – Oromia and Amhara, since last year.

The first defendant is said to have visited next door Kenya in 2013 where he was initiated into a terrorist organization. He reportedly became a member of a the organization and received political training there before returning last year.

He is also accused of using fake identification cards as part of his work and also recruiting others to carry out terror plots. One Dr Degefa Abdisa, a leader of the Norway based terror organization is also said to have given the defendants some training.

A number of the defendants were also charged for inciting violence at a primary school on last year. The hearing of the charges was adjourned till later this month. (November 25, 2016.)