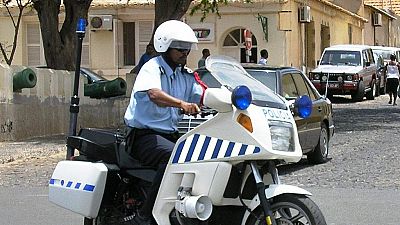 The 23-year-old Cape Verdean soldier who was convicted for the murder of eleven people including eight soldiers and three civilians was slapped with the maximum 35 years prison sentence on Thursday by the military court.

Antonio Silva Ribeiro was also convicted of aggravated theft, illegal use of weapons and dereliction, and he will have to pay 11 million escudos (about 100,000 euros) to the families of victims.

On April 25, Antonio Silva Ribeiro, who was stationed at a telecommunications center guarded by the army in Monte Tchota, north of the capital Praia, shot and killed eight soldiers and three civilians, including two Spanish technicians.

He was arrested two days later in the capital after he fled.

“The psychiatric report found that the behavior of the perpetrator of the massacre was characterized by psychopathic tendencies and adds that he committed his crimes in all conscience,” the judge Ana Reis read.

During interrogations, Antonio Silva Ribeiro explained that the night before the murder, he had a fight with a colleague over who should take the first watch.

He said he was enraged by the mockery of other soldiers and threatened to kill everyone.

According to his testimony, he killed the other soldiers in their sleep during the night and the three civilians in the morning when they came to work at the telecommunications center before escaping with their car.

The accused remained silent during the trial last week and during the reading of the verdict on Thursday he issued an apology to the nation and the bereaved families.

He has five days to appeal.

The massacre resulted in the resignation of the Chief of Staff, General Alberto Fernandes on June 3.