Ethiopia, 3 others to benefit from EU's €66.5m drought aid 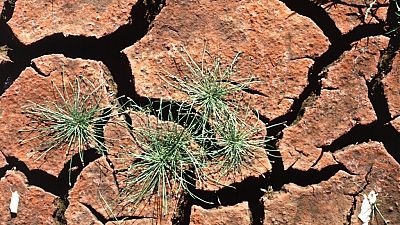 Countries in the Horn of African region are set to benefit from a drought aid package by the European Union (EU). The EU has announced €66.5m aid to respond to the El Niño and food security crisis in the region.

The package of development assistance focuses on the four countries that are most severely hit by El Niño and that are experiencing food insecurity: Ethiopia, Somalia, South Sudan and Sudan.

The breakdowm of the funds are as follows:

The EU further disclosed that the four new actions worth 66.5 million euros will be funded under the EU Emergency Trust Fund for Africa to address the destructive impacts of the El Niño phenomenon in the Horn of Africa region, such as floods and droughts.

4 new actions funded under #AfricaTrustFund to address the El Niño and food security crisis in the Horn of Africa https://t.co/M73QJcjjvJ pic.twitter.com/Si3YdizUuQ

Neven Mimica, Commissioner responsible for International Cooperation and Development, said: “When people are at risk of starvation, we have to mobilize our means – and have to do it fast.

With these four actions we are providing an immediate response in the Horn of Africa. This clearly demonstrates the value of the EU Emergency Trust Fund for Africa as a highly swift and responsive tool in critical situations.”

The EU Emergency Trust Fund for Africa, aims at tackling instability and addressing the root causes of irregular migration and forced displacement. It has already delivered actions / interventions worth 370 million euros in the Horn of Africa region.

The United Nations Food and Agriculture Organization (FAO) has listed Ethiopia, Somalia and Sudan as part of its high priority countries in need of assistance from the effects of the El Nino phenomenon.

According to the UN Humanitarian office, an estimated 60 million people worldwide find it difficult feeding themselves as a result of the El-Nino phenomenon but the situation has become critical for half of the figure, charging that the situation could worsen in the second part of this year.

El Nino is a climate phenomenon which occurs every 4 or 5 years. It is caused by abnormally warm currents in the western tropical Pacific ocean and has a devastating impact on harvests and food security.