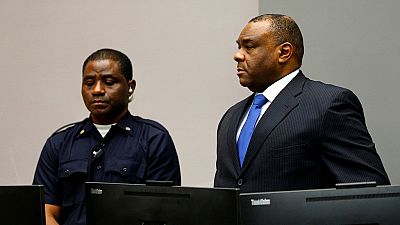 Judges at the international Criminal court (ICC) will on Wednesday deliver their verdict against former Congolese vice president Jean-Pierre Bemba and four close aides accused of bribing witnesses in a bid to derail his landmark war crimes trial.

Prosecutors have alleged that from his prison cell the ex-rebel leader Bemba masterminded a network to bribe and manipulate at least 14 defence witnesses to lie during his trial at the International Criminal Court.

Bemba was sentenced in June to 18 years in jail on five charges of war crimes and crimes against humanity committed by his militia in Central African Republic.

Once the powerful leader of the Congolese Liberation Movement (MLC) and a wealthy businessman from the Democratic Republic of the Congo, Bemba, 53, remains behind bars in The Netherlands and is appealing the sentence.

But in a separate case after a tip-off to the prosecutor’s office, he was charged along with two of his lawyers, an MP from his party, and a defence witness of presenting fake documents to the trial and dealing out backhanders to secure false testimony.

It was the first such corruption trials in the ICC’s history, and prosecutors said the allegations showed “how far the accused were prepared to go to hide their illegal behaviour.”

All five have pleaded not guilty to more than 100 combined charges.