DR Congo: 20 dead in 3 days of ethnic clashes in Katanga 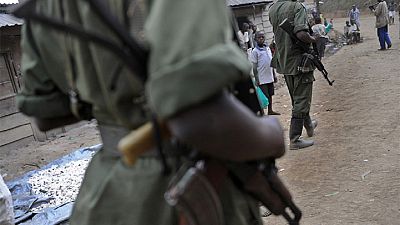 Twenty people were killed after three days of clashes between Twa Pygmies and Luba Bantus in Kabalo in the southeast of the Democratic Republic of Congo.

The member of parliament for the area, Kalunga Mawazo, who confirmed the death toll to AFP said the clashes occured between Sunday and Tuesday.

“4 deaths were recorded among the Lubas and 16 among the Pygmies who have been quarreling since Sunday over customary royalty paid by the Bantu,” the MP Kalunga added.

The clashes are suspected to have been caused by a disagreement over caterpillar harvest as anonymously confirmed by a Catholic priest of the Tanganyika diocese in northern Katanga.

“The Pygmies believe they now enjoy the same rights as the citizens. They refused to pay this illegal tax and killed two Lubas with an arrow for demanding they pay the tax,” the priest said.

“It was during a retaliatory attack that two more Lubas and 16 Pygmy bodies were found,” the Catholic priest added.

“Tension is high in Kabalo, we sent a team there and reinforcements to restore order,” the Governor of Tanganyika, Ngoy Kitangala, told AFP without confirming the death toll.

In early September, local authorities had reported the resumption of hostilities between the two ethnic groups.

Since 2013, the North Katanga region is the scene of many clashes between Bantus of Luba and Pygmies of Twa ethnicity.