Moroccan King Mohammed VI has called for an improvement of services within public institutions with more competent officials and a great sense of responsibility saying the reform of administration and public services is his new goal.

Addressing the country’s parliament he said, “This step is more important than the previous. It requires the need to focus on issues and the real concerns of citizens.”

The king also spoke of fighting corruption and trading influence. A few weeks before the general election, Transparency Morocco deplored the lack of progress in the elimination of corruption.

After the victory of the Islamist Justice and Development Party, the head of government Abdelilah Benkirane has to form a new parliamentary majority to successfully lead the new reforms. 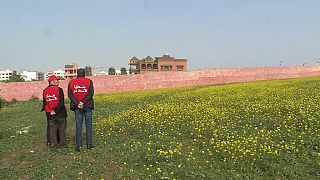