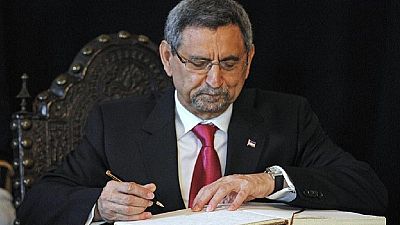 The United States (US) has congratulated the president and people of Cape Verde for the enthusiastic and peaceful nature in which they held the recent presidential elections.

A statement from the State Department said the just ended polls confirmed that the Island nation was a model of democracy on the continent.

‘‘These successful elections reaffirm Cabo Verde’s standing as a model of democratic values and processes in Africa,’‘ the statement read.

The US further congratulated Cape Verdean President Jorge Carlos Fonseca on his reelection. Fonseca won the polls with over 70 percent of the votes.

‘‘The United States looks forward to continue working with the government and the people of Cabo Verde in support of Cabo Verde’s prosperity through good governance, improved health and access to energy, as well as in the fight against common threats, including transnational crime and terrorism,’‘ the statement concluded.

Fonseca, candidate of the Movement for Democracy party beat his rivals Albertino Graca and Joquim Monteiro who have obtained 23 and 3 percent of the votes respectively. He is the fourth president of Cape Verde. He was first elected in 2011 with about 54 percent of the votes.