Ping opens his home to the public, set to speak on Gabon's future 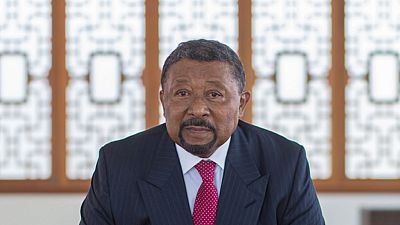 Gabon’s leading opposition figure, Jean Ping, has sent an open invitation, via his official social media handles, to the public for a press conference at his home.

According to him, at the meeting where local and international media are expected, he will make an important statement for the future of the country.

‘‘Dear Compatriots, I invite you today to you gather at my home from 14 pm for an important statement concerning the future of our country. Please don’t hesitate to share this message around you!’‘ his post on Facebook read.

Violence rocked the central African country after the electoral body declared Bongo winner of the polls. The National Assembly was burnt down as a result of the protests. The following day the opposition headquarters was attacked.

Ping took the option of heading to court citing irregularities in Bongo’s stronghold of Haut Ogueeue, a claim supported by the European Union’s observer mission. Even though the court threw out his petition Ping said he remained defiant.

Bongo was sworn into office for his second term in office on Wednesday. He named a new prime minister whiles hinting of an inclusive government for the country.