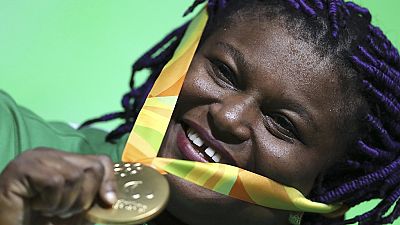 Governor of Nigeria’s Imo State, Owelle Rochas Okorocha, has rewarded three Paralympic medallists who hail from the state. The three won gold medals at the just ended games in Rio.

Each of the athletes got a car and a cash prize of one million naira ($3,100). The governor hosted power lifting gold medallists Roland Ezurike, Nwosu Ndidi and Josephine Orji at the state house in the state capital, Owerri on Thursday.

Beside the athletes, their coaches were also given a car each. The elated Paralyampians sang a Happy Birthday song for the governor and promised to continue to set the pace.

For his part, the governor stressed that his state was in the forefront of bringing collective pride to Nigeria. He underlined the fact that beyond the state, the athletes made the entire nation proud.

The Ivorian government had extended a similar gesture to its athletes who won medals at the just ended Olympic Games in Brazil.

Ivory Coast won two medals in taekwondo, a gold by Cheick Sallah Cisse and a bronze by Ruth Gbagbi. The presidency announced a 50 million CFA ($85,000) award for Sallah plus a house whiles Ruth got 30 million CFA ($51,000) and a house.