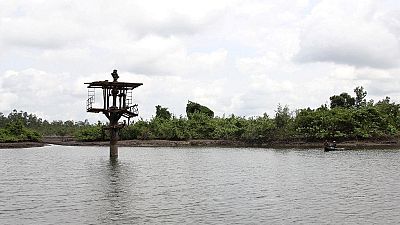 Four Nigerian military officers drowned after their boat capsized during operations to combat rebels in the oil-producing south, the military said on Tuesday.

The boat reportedly capsized on Monday at about 10:00 am (0900 GMT) in the Brass area of Bayelsa state, which has seen multiple attacks on oil and gas installations since the start of the year.

Last month the Nigerian military launched an operation, code named “Crocodile Smile”, against militants, whose activities have hit crude production and led to piracy in the Gulf of Guinea.

A witness in the Brass area said, “The boat that capsized was conveying a new batch of soldiers to the waterfront.’‘

It is not clear if the boat was attacked by militants.