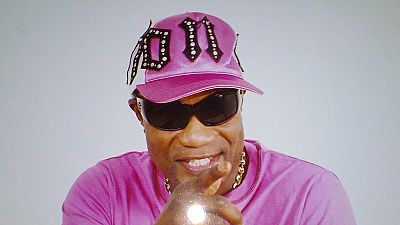 African music star and Congolese rumba legend Koffi Olomide has again been arrested in his home country the Democratic Republic of Congo on Tuesday morning.

This will be his second arrest in a week after the previous one in the Kenyan capital Nairobi, for kicking his female dancer in the stomach at the airport on their arrival for a concert. He was deported after spending the night in jail.

No reason was given for his arrest in Kinshasa but police have confirmed his arrest and processing for court.

“Koffi Olomide was arrested early this morning and will be interrogated by the prosecutor,” chief of Kinshasa police General Celestin Kanyama told AFP.

Sources at the court say the reason behind his arrest will be communicated soon but it was gathered that a complaint was filed against him by a Congolese MP, Zacharias Bababaswe.

“I went to the authorities because it is unacceptable that after this barbaric act against a woman, Koffi Olomide is received like a VIP by the DGM (Directorate General for Migration) even after that caused a worldwide outcry,” the MP told AFP.

“This will save the face of the poor dancer against Koffi who has contacts in the judiciary and the Congolese government,” he added.

He later apologised for the act on Congolese television and on Facebook.