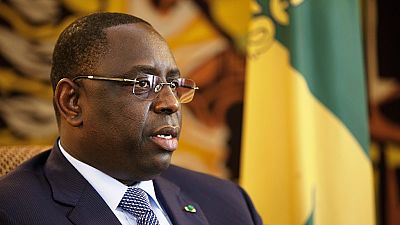 Senegal has declared its support for Morocco’s bid to join the African Union.

President Macky Sall made the declaration on Wednesday.

Morocco which is engaged in an independence tussle with Western Sahara however wants the self-proclaimed republic suspended from the African Union before it is admitted.

The diplomatic row between Morocco and the Western Sahara caused Morocco to quit the then Organization of African Unity in 1984.

“Today Morocco has decided to come back and has requested that international constitutional legality be respected in accordance with the United Nations where the Western Sahara is not represented as an independent state,” Senegalese president Macky Sall said.

In Kigali, 28 out of the existing 54 African states, showed their support for Morocco’s decision to join the AU on condition that Westen Sahara is suspended.

Algeria which backs Western Shara’s push for independence however insists that Morocco’s return to the African Union should not be at the expense of Western Sahara.

Algerian officials argue that Morocco’s application should not be considered as a “return” because it left the Organisation of African Unity in 1984 and not the African Union.