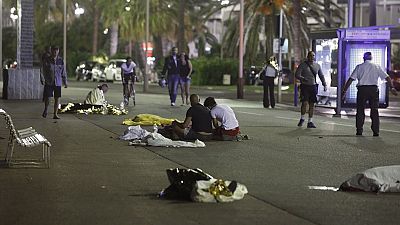 Dozens of people were killed in the French Riviera city of Nice on Thursday night when a truck rammed into crowds watching a fireworks display on French National Day, Bastille Day.

Mayor of the city, Christian Estrosi, confirmed the deadly attack via Twitter “Dear Nicois, the driver of a truck appears to have killed dozens of people. Stay at home for the time being. More news to follow,” his tweet read.

BFM TV said at least 30 people were dead after the truck drove through a crowd on the famed Promenade des Anglais on the Nice seafront. Other media outlets are quoting the number killed to 60.

Reuters reports that President Francois Hollande is heading for the Interior Ministry to hold security meetings and be fully briefed on the situation.

BFM further reported that local authorities were treating the incident as an attack. Almost exactly eight months ago Islamic State militants killed 130 people on a Friday night in Paris in November.

The French National Day commemorates the Storming of the Bastille in 14 July 1784. The Bastille is the medieval fortress and prison in Paris which represented royal authority in the centre of the French capital.

Bastille Day is celebrated every 14 July with celebrations across France. It is an important event in The French Revolution. The oldest and largest regular military parade in Europe is held on the morning of 14 July, on the Champs-Élysées in Paris in front of the President of the Republic, along with other French officials and foreign guests.