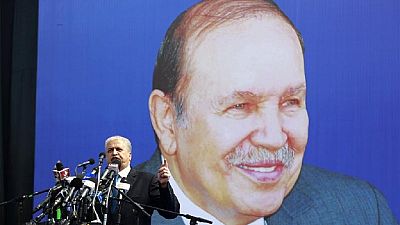 An Algerian retired general, has been provisionally released from jail after months, for making statements critical of President Abdelaziz Bouteflika and his brother Said.

General Benhadid Hocine, 72, according to Algerian press, had been in custody for more than nine months. He suffers from several diseases including cancer and might die in prison, his lawyers had said on Saturday.

“This is very good news. The emotion caused by this temporary release matched only the triumph of the right to justice,” one of his lawyers, Khaled Bourayou, told AFP in a telephone interview.

This is very good news. The emotion caused by this temporary release matched only the triumph of the right to justice.

No official announcement regarding this release has been made, but many media outlets have attributed it to health reasons.

General Hocine was arrested on 30 September, two weeks after a controversial interview on Radio M. He is reported to have criticized several senior officials, including Said Bouteflika, brother of the current president, Ahmed Gaid Salah, Chief of Staff and Deputy Defence Minister, and Ali Haddad, president of the Forum of Heads of enterprises (FCE), a powerful employers’ organization.

According to his lawyers, Hocine was accused of having “participated knowingly in an effort to demoralize the army and by so doing harm national defense.” He risked a prison sentence ranging from five to ten years.

Another of his lawyers and a human rights activist, Mustapha Bouchachi, however dismissed the charges saying that his client only expressed his opinions like any other Algerian national.

“This is an Algerian who expressed an opinion on the situation in Algeria. This is a constitutional right (…) The facts alleged against him can not exceed the defamation of qualification”, he is quoted to have said.

General Benhadid had begun in February strike hunger because he had no other way to seek justice, according to his lawyers. The trial date has not been fixed so far.