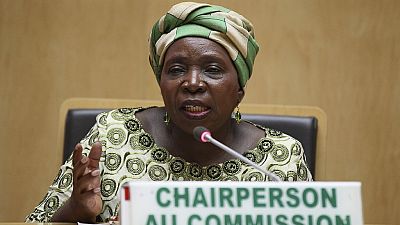 The Short-Term Election Observation (STO) Mission led by former President of the Republic of Mozambique, Armando Emilio Guebuza, left for the country on Friday till July 22 to observe the voting, counting and announcement of elections results, the AU Commission Chairperson, Nkosazana Dlamini-Zuma, said in a statement.

The AU said their mandate is to observe and report on the credibility and transparency of the election process and to operate in accordance with relevant AU instruments for election observation.

The Republic of Sao Tome and Principe is a Portuguese-speaking island nation in the Gulf of Guinea, off the western equatorial coast of Central Africa. It consists of two archipelagos off the northwestern coast of Gabon.

The country, which has suffered multiple coups since its independence in 1975, held its first multi-party election in 1991 with its constitution allowing a five-year term for a president who may hold up to two consecutive terms.

The incumbent president, 75-year-old Manuel Pinto da Costa served as the first president of the country since 1975 till 1991.

The Marxist economist was again elected in 2011 by a run-off with 52% of the votes against the ruling party candidate and parliamentary speaker at the time, Evaristo Carvalho.

The second-smallest African country after Seychelles has a population of about 193,000.