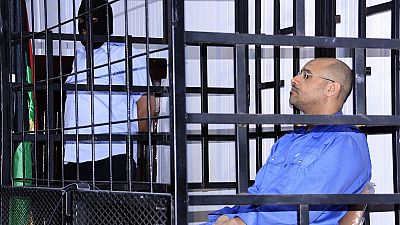 Saif al-Islam, second son of Libya’s former ruler Muammar Gaddafi has been released after he was captured in 2011 and sentenced to death by the Libyan government in Tripoli in 2015 for war crimes.

His lawyer at the International Criminal Court (ICC), Karim Khan, told France 24 on Wednesday that the former Libyan political figure was released on April 12, 2016 and “he is well and safe”.

“Saif al-Islam was released under an amnesty and in accordance with (Libyan) law,” his lawyer added.

Saif al-Islam was released under an amnesty and in accordance with (Libyan) law.

The ICC had issued a warrant to try him in The Hague for crimes against humanity, but the Libyan government held on to him till their sentencing drawing widespread condemnation specifically directed at the credibilty of the divided country’s legal system.

Karim Khan said he would file an application to make the ICC case inadmissible, arguing that his client has already been tried by his home country. “It is prohibited to try an individual twice for the same offense,” he said.

Saif al-Islam, who was regarded as Gaddafi’s possible successor, has been kept in detention since 2011 by a militia in Zintan, north western Libya, that captured him.

After the death of his father and brother during the 2011 civil war, Saif al-Islam was the only member of the Gaddafi family left in Libya and he announced on television that “he was willing to fight to the end and take revenge”.

He was however captured in an ambush with four of his aides by rebel fighters while trying to flee from the country.