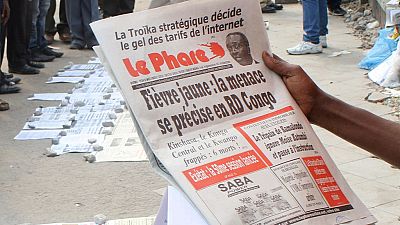 Government of the Democratic Republic of Congo has announced a campaign to vaccinate over 11 million people against yellow fever epidemic.

According to the Health Minister, Felix Kabange, the campaign is to start on June 20 and was expected to cover everyone in the capital Kinshasa and the provinces of Kwango, Luabala and Kasai, with the exception of children under nine moths.

Kabange, last week declared a yellow fever epidemic in three provinces of the central African country, a move was necessitated by the fact that the country had recorded 67 cases of the disease with five deaths. The affected provinces include the capital Kinshasa, Kongo Central and Kwango.

Meanwhile international medical group ‘Doctors Without Borders’ have reported that it had vaccinated some 350,000 people in Matadi, capital of Congo Central, one of the affected provinces.

The World Health Organization (WHO) recently revealed that due to diminishing vaccine stocks, one-fifth of the original dose could be administered in the case of emergency.

In May this year, a mass vaccination campaign against yellow fever kicked off in the DRC, following an outbreak, the campaign financed by Gavi-Alliance targeted about 2 million people in the zones lying at the border with neighbouring Angola.

At the time, out of the 44 cases that were reported, a whooping 44 cases were imported from Angola, where the latest outbreak of the disease in Africa started.

Currently there is no cure for yellow fever, and prevention is essential to protect people and stop the outbreak. Medical groups operating in affected areas treat yellow fever patients and continues active health promotion and vector control activities.